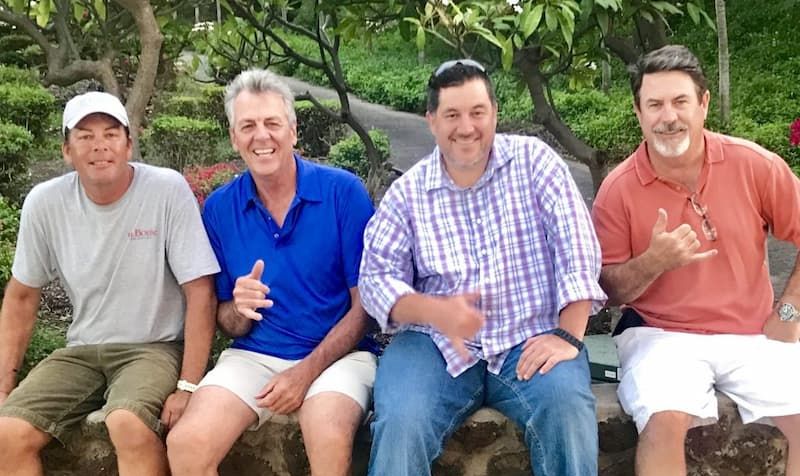 For the past nine years, green-clad bocce ball players have taken the field at Mulligans on the Blue in Wailea on a designated morning in mid-March for the annual St. Patrick’s Day-themed Aloha BackPack Buddies Bocce Ball Fundraising Tournament.

The tournament benefits the Maui Food Bank’s Aloha BackPack Buddies program, which provides healthy weekend meals to students from food-insecure homes throughout the academic year. The program serves preschools, elementary, middle and high schools, and UH campuses in Maui County. Since it began in 2012, it has received support from a long list of Realtors Association of Maui (RAM) members, both on and off the bocce ball field.

Richardson has participated in the tournament every year since its inception. “Aloha BackPack Buddies was initially brought to my attention through Rhonda Hay [of Hawaii Life Real Estate Brokers] who developed a program at Kamali‘i Elementary School. In my ignorance I was shocked to learn that children would go home over the weekend with minimal or nothing to eat,” he said. “From that day forward I have supported the wonderful tournament that Patrick Kilbride has put so much energy into to make it the huge success it is today. Maui Food Bank is my number one charity. I give every month to support those that don’t have.”

Like Richardson, Hudson has played every year and says he’s in it for the long haul. “It’s a program I strongly believe in,” he said. “I see how this program impacts so many kids’ lives and will try to keep contributing as long as I can.”

Read the original full articles at the REALTORS Association of Maui website here and here.